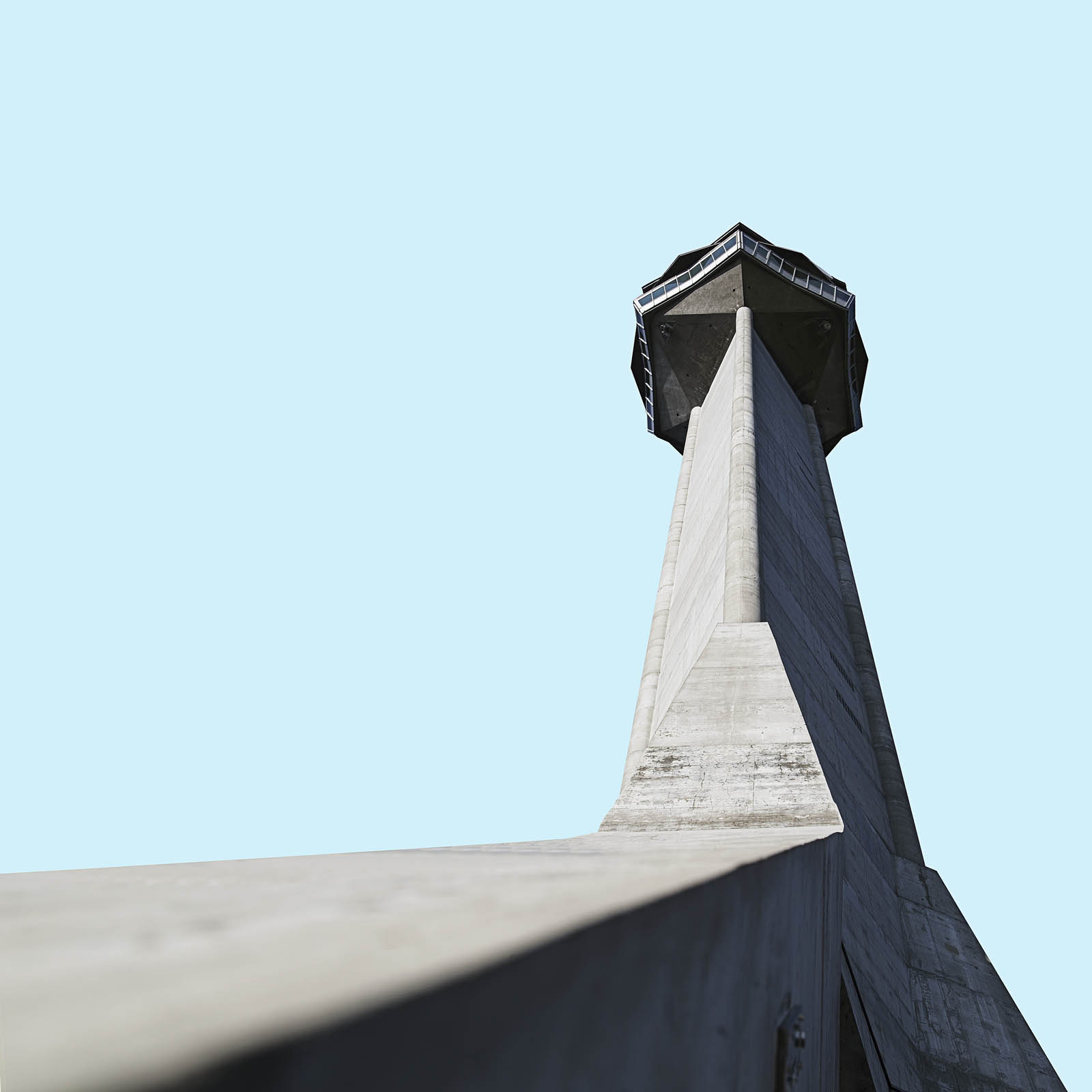 The Avala Tower, a 204.5 meter (671 feet) tall telecommunication tower located on the Mount Avala, in the southern outskirts of Belgrade, is a symbol of pride and a famous landmark, not only of Belgrade and Serbia, but of the former Yugoslavia too.

The tower was designed by arch. Uglješa Bogdanović and Slobodan Janjić, and an engr. Milan Krstić in 1961 and completed four years later in 1965. There is a turret superstructure between 102 m (335 feet) and 135 m (443 feet), which houses a restaurant and an enclosed observation deck. Until recently, it was the only tower in the world to have an equilateral triangle cross section, and one of the very few towers not perched directly into the ground, but, fewer still, standing on its legs. The legs formed a tripod, symbolising a Serbian tripod chair.

The original tower was destroyed by NATO, in the illegal bombardment of Serbia, on April 29th 1999. It was reconstructed only thanks to the combined effort of the broad front of Serbian people from all walks of life, who found it in their hearts to contribute whichever way they could. Officially opened on April 21st 2010, the reconstructed Avala Tower, accordingly, became also the symbol of devastation and resurrection, the close follower of Belgrade’s history. It is currently (again) the tallest tower in the Balkans.